The heat index in Florida right now is pushing 105 degrees. It’s September, and Fall is my all-time favorite season…. and 105 is just way too hot for me.

I turned to my husband, and I told him we’re heading north to get out of this heat.

We booked a week-long trip to Portland, Maine, and have been here since Monday.

And then something pretty amazing happened.

Yesterday, my husband wanted to go to one of his favorite breweries and go on a tour…

So we hopped in an Uber and headed over to Allagash Brewing Company.

I knew nothing about this company…. I just knew they made a pretty great Belgian wheat beer.

Well, in just a short one-hour tour, I was completely BLOWN AWAY. Back in 1995, everyone was very accustomed to drinking British and German beer, but not Belgian-style beers.

The “craft beer” boom was still years away from happening.

A man name Rob Tod had a PASSION for Belgian-style beer. Even though not many people had even heard of it back in the mid 90’s, he wanted to share his favorite style of beer with his local community here in Portland.

So Rob decided to start a small, 15-barrel brewery and take over Portland with his amazing beer.

Rob went out, day after day to try to sell his Allagash White beer to the local pubs and restaurants… but NOBODY wanted it. They weren’t familiar with “Belgian Style” beer, and they didn’t want to risk it.

Not only that, but Rob’s beer was a little “hazy” and people thought there was something wrong with it. (The haze was always intentional, and comes from the special yeast and proteins in the malt, oats, and wheat they use during brewing.)

Well FINALLY, after non-stop persistence, Rob finally got 6 local pubs to agree to put his beer on tap.

He was so excited and KNEW this would be the turning point in his business.

Everyone who bought his Allagash beer would send it back and ask for a refund!

They didn’t understand why the beer was hazy and weren’t up for trying something new.

Rob STILL didn’t give up. He knew he had something special and was willing to do whatever it took to make this work.

So every night, he would go out to these 6 bars, and he’d BUY BACK about 75% of the beer that he’d sold to the pubs!

While he was drinking his own beer (which he bought at full price!), he’d buy Allagash White for anyone who was there that night. He’d talk to them about why his beer was different and why it was hazy…. and how the “haze” actually gave the beer a silky, almost pillowy texture.

Nearly every night for THREE YEARS he did this…. and he was barely able to keep his business afloat.

Today, his beer is sold across 17 states and is a multi-million dollar company with over 100 employees in a state-of-the-art brewing facility. (I posted some pics over in the FBFF FB group!)

Rob never gave up. He had a vision and was willing to do ANYTHING it took to make it happen.

I was blown away by his persistence and fortitude.

Just goes to show you what one person with a vision and commitment can accomplish.

And YOU can do the exact same thing in your business, too. If you want it bad enough, you can and WILL make it happen.

By the way, if you’ve ever up in Maine, make sure you stop in for their free 1-hour tour. I promise you it’ll be the best hour of your day 🙂

I’ve got a couple more incredible lessons that I learned yesterday, so keep posted because I’ll share those with you over the next few days.

Hope you’re having a great and productive week!
Alicia 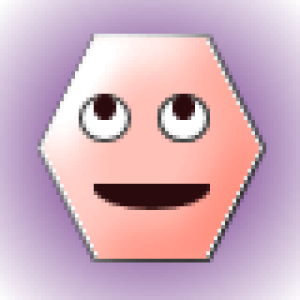 How Much Time Should YOU Spend In Your FB Group?

How Much Should You SELL In Your FB Group?